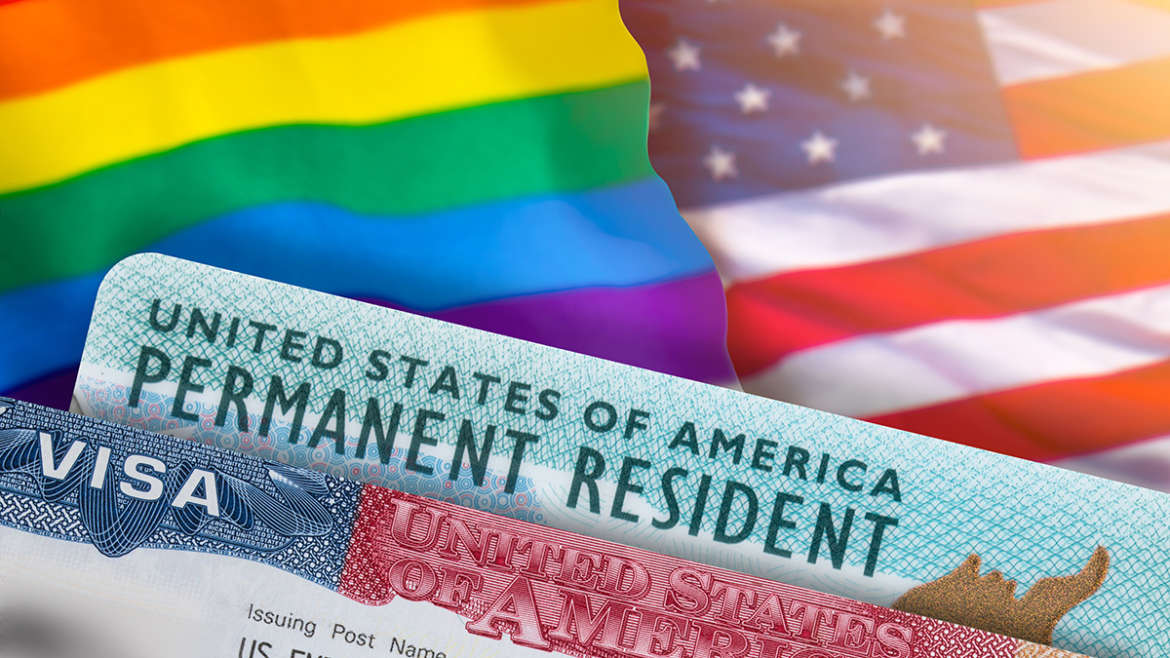 Over the past few decades, the struggle for LGBT rights in the United States has been marked by important events that have led to great progress towards a more tolerant and pluralistic society, in which LGBT rights are guaranteed for people who identify within this community.

While there is still much work to be done for every U.S. citizen to have the freedom to love freely anywhere in the country, the constant efforts of the LGBT community since the late 1960’s have allowed this community to exercise rights that were once repressed.

Remember that if you live in a country where your LGBT rights are not guaranteed and you consider that your life is in danger for the simple fact of loving freely, our asylum lawyer can help you initiate the process to receive asylum status in the USA.

Call now at (212) 391 3928 or schedule an appointment so you can discuss the possibilities of living much more peacefully and safely, receiving protection from the U.S. government.

A community constantly harassed and persecuted

Can you imagine living in a country that judges you unfairly and publicly rejects you for the simple fact of loving freely? This was what happened to the LGBT community during the 1950s and 1960s in the United States.

During these years, if you came out as openly gay, lesbian, bisexual or transgender, you were considered a “non-normative person”, which meant that you were persecuted by a hostile legal system, even supported by the government, all of this happened through frequent police raids in the places most frequented by  the community members.

One of these places was the Greenwich Village, a neighborhood in New York where the Stonewall Inn bar was located, which was one of the few establishments that during that period of time allowed openly homosexual people to enter, earning it a constant focus of police raids.

In the mid-1960s, some LGBT rights movements began to emerge in the country, promoting a culture of respect and acceptance between homosexuals and heterosexuals, demonstrating that the members of this community, who had long been marginalized, were part of society and also had the same rights as any other U.S. citizen.

You may also be interested in:  Sm Asylum Application U.S. Success Story

The Stonewall Riots: the beginning of liberation

Towards the end of the 1960s, the United States was experiencing a rather tense atmosphere due to the different social movements that were beginning to demonstrate to demand better treatment and respect for their rights as citizens.

Among these movements were the following:

Each one of these citizen demonstrations, along with discontent in places like Greenwich Village over incessant police harassment, led to the Stonewall riots.

It was the early morning of June 28, 1969, when the New York police launched a new raid on the Stonewall Inn. However, tired of the police harassment they had been subjected to for many years, workers and patrons of the bar, along with residents of Greenwich Village, began to confront the police as they arrested people for simply being gay.

The confrontation would soon turn into a full social explosion, generating protests that lasted about five more days, which demanded respect for LGBT rights in the country and an end to the persecution and legal harassment that members of this community suffered on a daily basis.

Thus, the Stonewall Inn riots, located on Christopher Street in New York, became historically remembered as one of the most important events for the LGBT community and the beginning of the struggle for the respect of the civil rights of lesbians, gays, bisexuals and transgender people.

This is why every year, in the month of June, we celebrate LGBT Pride Month, remembering the efforts of a brave community that for years has constantly struggled to be “accepted” and to have access to such basic rights as safety, justice and to love freely without being judged.

What motivated the fight for the LGBT rights in the USA?

Before the Stonewall riots took place in New York, despite the existence of different movements defending LGBT rights in the USA, members of the community were subjected to constant violations of their rights, as well as harassment by law enforcement authorities.

Although these riots did not completely end the mistreatment of the LGBT community, they did leave a historical mark in the uprising of a community that for years was subjected to all kinds of abuses and humiliations, without access to laws that protect and defend their rights as citizens.

Are the LGBT rights guaranteed today?

Anyone would think that after so many years of struggle, today the LGBT community should have full rights worldwide, just like any other citizen who identifies as heterosexual. However, the reality is very different.

In the world, there are still many countries that criminalize homosexuality and punish in different ways people who decide to exercise their rights to love freely and decide about their own lives. This is especially true in countries such as Russia, China, African and Middle Eastern nations, and even in Latin America and other parts of the world.

In the case of the United States, the constant movements in favor of LGBT rights that have been developing the discussion and approval of laws that promote respect for diversity, the legalization of equal marriage and the prohibition of acts of hatred and discrimination against the LGBT community.

We are here to help you

Living in a place where your civil rights are not respected, and constantly fear for your life for the simple fact of exercising your sexuality as you prefer, is not the life you deserve. You have the right to love freely and we can help you assert it when you feel it is necessary.

Our asylum lawyer has worked with dozens of clients seeking refuge in the U.S. from countries where they are persecuted for their sexual orientation, achieving satisfactory results for each of them, who today live a much safer life free of prejudice.

You too can achieve the life you dream of. Call now at (212) 391 3928  or schedule an appointment with our asylum lawyer to study your case in depth. With our help, you will be able to live in a country where your rights will be respected. 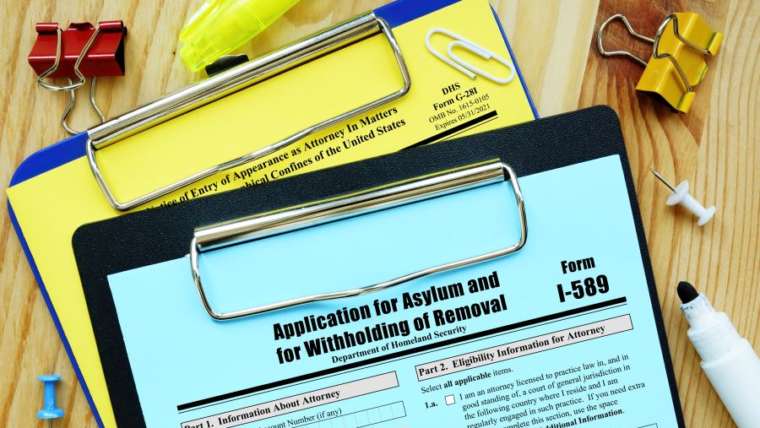 TPS and Asylum: Understanding the Similarities and Differences in Purpose and Objective 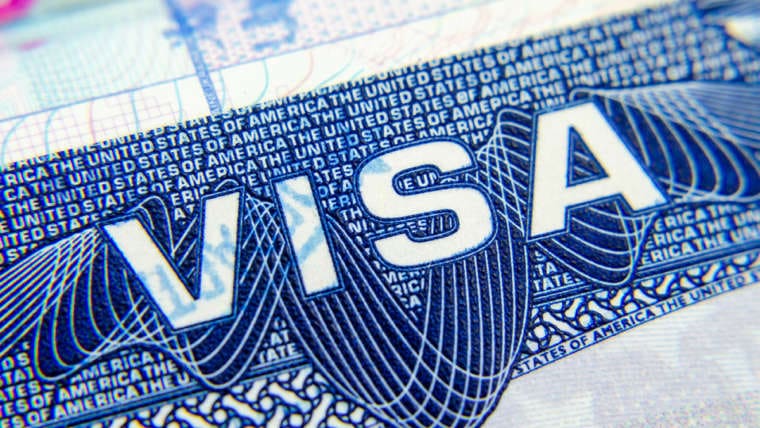 Is same sex marriage legal in all 50 states? 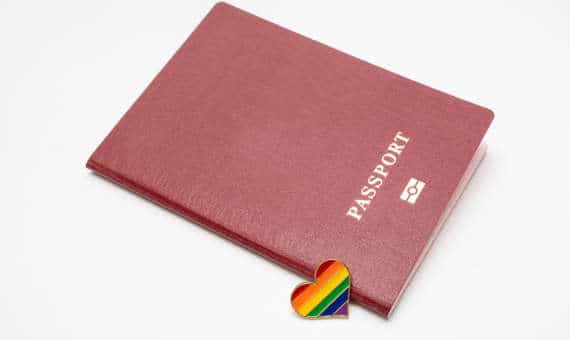 What is asylum for gay couples in the USA?

When did same sex marriage become legal in NY?